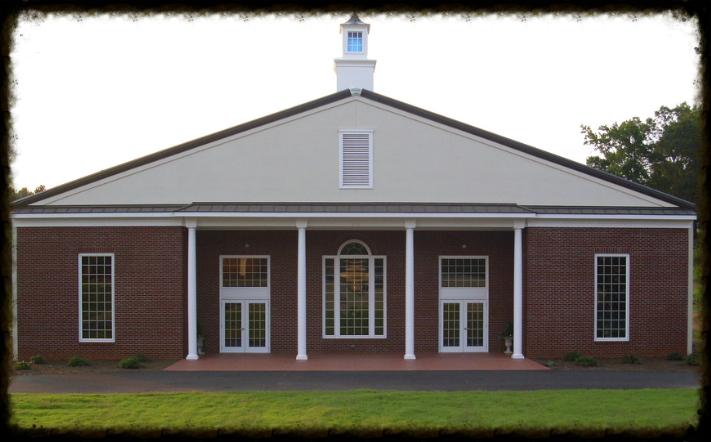 The first church was located between the present site and the town. One acre of land was purchased from the Gray family, and a 40' by 60' building was constructed at the present site. Rev. John Watson served as pastor for many years. Other pastors were: Rev. J.F. Wise and Rev. John Washington. During the early years, Sam Logan and T.C. Phillip were licensed to preach and the first deacons to serve were Stepheny Powers, Edmond Boyd, Judge Young, and L.W. Davis. Services were held once a month on second Sundays. Dave Harrison served as clerk in 1913.

In 1941, Ludie Young and Frazier Evans were licensed to preach. The Rev. F.B Dawkins ministered during 1940-41 and Rev. Allen Shell was elected pastor in 1942 and served for four (4) years. During his tenure, the church was remodeled and John W. Carter became clerk and served for twenty-four years.

The Rev. J.H Williams served as pastor in 1945, Rev. T.J. Crosson served from 1946 until 1953. Rev. T.R. Hanner was elected in 1953 and served for thirteen (13) years. Under Rev. Hanner's leadership, Albert Fletcher, Willis Madden, John A. Richardson, Odell Young, and Eugene Wright were ordained as deacons. [5 deacons were ordained]

In 1960, a new cement block building was erected alongside the old building, and services were held twice a month on second and fourth Sundays. In September of 1965, David Hellams was licensed to preach.  The Rev. G.T. Baylor came in 1966, and Clyde Barksdale, Sr. and Albert Oxner were ordained as deacons.

The Rev. John Lumas Black, Jr., the youngest pastor elected, served as pastor from 1981 to 1995. During his tenure, Conrad Woods, an ordained deacon, [5 deacons were ordained] united with the church (1982). Barbara Ann Byrd was licensed to preach (1987) and James E. Jackson, Bobby Norris, Sr., Dave Barksdale and Willie Boyd were ordained as deacons (1995). Several members began their work and were recognized at the National Baptist Congress of Christian Education. Improvements were made to the church edifice, the church yard paved, 23 acres of land was purchased for development, and many converts were added and two ministries born...Men-In-Action (1991) and Mid-Week Praise for Youth (1992).

Presently, Rev. Waddy Leo Talley, Sr., serves as pastor. Rev. Talley was elected in July and installed in August 1997. The church has grown physically and spiritually. C. Lamont Jones was licensed to preach in 1998. He called to pastor Hopewell Baptist Church in 2003. Modia Stoddard was licensed to preach in July 2000. On the first Sunday in January 2000, five deacons were ordained: Clyde Barksdale, Jr., Henry Barksdale, Edward Bryson, Roosevelt Hill and Otis Lewis. In 2003, two preachers were licensed, Rev. Willie McDowell and Rev. Henry Barksdale. [From 1998 to 2003 4 preachers were licensed and 5 deacons were ordained]

The vision of and new church began in early 2000’s with the start of a building fund with contributions from tithe and offerings only. Finally in January 2010 preparation for the new church began with the formation of two teams, a Design Team and Finance Team.

Each team consisted of 15 members with the responsibilities of looking for the best contractor and financial institutions to meet the church’s needs. In October 2010, both teams presented their contractor and financial decision to church body who unanimous agreed with both teams with the decision of using Bagwell Contractors and Palmetto Bank. On Sunday, December 5, 2010, a groundbreaking ceremony was held to fulfill the Promise of our Lord and Savior Jesus Christ. Jesus said: Upon this Rock, I will build My Church, and the Gates of Hell Shall Not Prevail against it. The ceremony lasted approximately 30 minutes and included music from the church choir, remarks from church members and the symbolic shovel-in-the-dirt groundbreaking.

In July 2011, the new church was complete. On Sunday, July 10, 2011 members and friends processed from the old church to the new church singing songs of praise to God. A three night dedication started on Thursday, July 21, 2011; each night individually consisted of a night of preaching, a night of singing, and a night for our youth and seniors, followed by the actual dedication services on Sunday, July 24, 2011.

Rev. Talley, a spirit filled teacher, continues to prepare the church family for the challenges of the new millennium as mandated by Christ in Matthew 28:19-20. "Go ye therefore and teach all nations".....

During the early years, some of the pastors were Rev. J. Kennedy, Rev. Turner Hammond and Rev. James Shumate. During 1883, the church was organized. Rev. G. Fleming recorded the works of the meeting, Stepheny Powers and Robert Cheeks with six others were present for the organization. Rev. J.H. Sanders was elected pastor and the church joined the Tumbling Shoals Association. S.B. Wright was secretary during 1907.

Pleasant View Missionary Baptist Church was established in 1874, near the station of Gray Court on the Greenville— Laurens Railroad. It began with approximately ten (10) members.